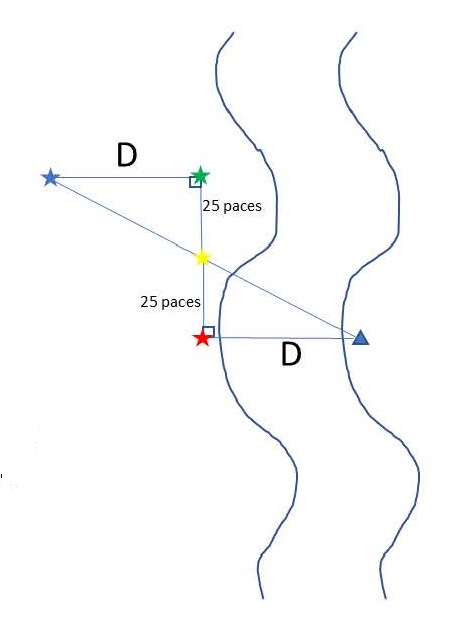 Width-measuring technique: if the feature to be measured can’t be crossed

1) Note a point on opposite side of feature to be measured (blue triangle in image).
2) Starting at point (red star) directly across from noted point, walk 25 paces at a right angle from the line between starting point and noted point. Place a stick or other mark at that point (yellow star).
3) Walk an additional 25 paces, mark point with another stick or other object (green star).
4) Turn 90 degrees and walk away from object to be measured, to a point where first marked stick (yellow star) lines up with object on opposite side of feature (blue triangle). Distance from green star to blue star (D) is the same as the width of the feature to be measured.